When I was in year five, I moved schools. To a school on a cliff to the north with sixty three kids. There were three classes, three classrooms, a library, a toilet block, a playing field, trees, and a playground. And it was good, because there were so few. And I loved it, because most of the time, I was in charge. I felt new there, surrounded by these strangers, like I could recreate myself, and I recreated myself to be assertive.

And I was allowed that. I didn’t know that then, but I realize that now. I was allowed leadership, I was allowed time to refine those skills I had never used before, my recreation was nurtured and cultivated. Opportunities of leadership were offered in that school of sixty-three and it instilled in me a sense of equality. Nobody has power over me, these grown ups and I are equals. 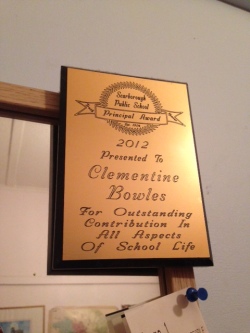 But it was such a small school.

If one person didn’t want to do something, suddenly there weren’t enough people for anybody to do it. So you had to do it. And I played a lot of sport that I didn’t want to because of that. And it didn’t make me any better at it, and it didn’t make me like it. But I had an understanding that it was my responsibility, because I couldn’t just go making other people’s lives worse because I didn’t like to run. That was a lesson I had to learn.

They gave me an award the year I left, a principal’s award. It hangs in the corner of my mirror and it says “For Outstanding Contribution In All Aspects Of School Life” and I’m still proud of it, because it’s the only award I’ve ever gotten that I think I deserved.

In the later half of the last term of last year’s school year, I took to skipping. Exams were over; the reports were in, there was nothing for me there but the company, and the company wasn’t always worth going all the way to school and the six hours there and all the way back. It was a three-day a week sort of not-structure structure. Sometimes I would go, sit in for one or two subjects doing meaningless things, and then I would leave. Easy as walking out the gate. There was no trick to it. The threat of prosecution was a gun with no bullets.

And I liked that, I liked the walking out, the freedom of it. Somehow it was better than just not showing up at all, though I did that plenty too.

Once, when I was in year eight, a girl in my year was busted for going to MacDonald’s during a PE period, allegedly. It was a rumor about a rumor about a rumor and I didn’t know her that well, so I didn’t ask. But it was enough. It scared me enough to do only minor things wrong, and it scared the people around me into not doing anything at all.

It was a theoretical threat of discipline. There was nothing that could actually be done that would have any lasting effect.

But somewhere there is that feeling, the feeling that you’re doing something wrong. It’s a feeling of fear, of retribution m 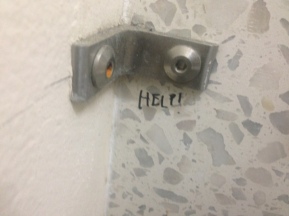 aybe? Maybe shame, or disappointment. But it is a feeling of power, that someone has power over you and that someone is telling you what to do and you have to do it. But you don’t. You don’t have to do anything you don’t want to do. Just because you are responsible for the consequences, doesn’t mean that you can’t do it. A teacher is just a grown up, and authority is a given thing.

And you don’t have to give it to anyone if you don’t want to.

And part of the fun of skipping, I think, is giving the finger to that feeling that tells you that you can’t because a teacher told you not to.

I think I am going to miss that the most next year, when I resume the five day week regime. The walking out. The deciding where to go next. I didn’t have to go home, but I couldn’t stay there.

I am a supporter of mandatory schooling, because I understand that sometimes that is the only incentive there is. But I am not in support of mandatory things, and I have a great hope for a people that has a yearning for knowledge and an economy that can support that.

I have spent my whole high school career not wearing the right uniform and whether that is in protest or just because I don’t want to, it doesn’t matter, it is just that uniform is not that fucking important.

Nobody should care what sort of clothes I wear, and I should hardly have my time taken away for it. That doesn’t mean that I think a uniform is a bad thing, I simply support my right not to wear one if I don’t want to. But I don’t think that the uniform is a part of my education, I think that it is a part of how I and my peers are convinced that other people have power over us, that we are not in charge, and we are not leaders, we are the led and we must remember that.

But I still believe that the most important part of schooling is the schooling, and how I choose to go about that ought to only be my business.

(Inspired by The Return of School Discipline – why children should be free, shown to me by Liz Morrish)

2 thoughts on “Giving the Finger to the Feeling”